Página 224
That which conftitutes the effence of genuine morality , namely , the love of God and man , contains the fum of practical religion . Repentance , faith , and every fpecies of obedience , are but different modifications of love .
Página 329
be the chief inventor , and wishes his adherents to follow them to the uttermoft ; and loves dearly to fee religious people , or thofe in connexion with them , leading the van . Finally , he It was he , has caufed Mr. N. many a groan ...
Página 360
WH THOUGHTS ON THE IMPORTANCE OF RELIGION HOEVER has a tolerable acquaintance with the world , and has paid a particular attention to the behaviour of men in general , muft acknowledge that religion is , by a great part of mankind ... 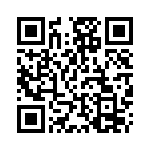