With almost two decades of full-time ministry behind him, Pastor Joseph Prince has become the leading voice for a new generation of believers — a generation that builds its hope on the abundance of God's grace and the gift of His righteousness. A founding member and pioneer leader of New Creation Church, Pastor Prince initially served as an elder and associate pastor. However, his appointment as senior pastor marked a turning point in the history of the church, which started experiencing growth at an accelerated rate never before seen in its history. Under Pastor Prince's leadership, the church congregation has grown by a hundredfold — from about 150 to more than 15,000! Pastor Prince's humorous, personal and practical style of preaching complements the fact that he is an anointed teacher of the Word of God. His dynamic messages have always been centred on the pure gospel of the grace of God based on the finished work of Jesus Christ. He moves in a strong worship anointing, ministering healing and prophetic words by the gifts of the Holy Spirit. Over the years, Pastor Prince's ministry has helped to set many people free from guilt and condemnation, and caused them to fall in love with Jesus afresh as they see His love, goodness and grace. Having built and established the leadership and congregation of New Creation Church on the finished work of Jesus Christ, Pastor Prince is now actively fulfilling the mandate that God has given him to "Bring My Son Back to the Church". He leads an international ministry called Joseph Prince Ministries, Inc., a non-profit organisation that focuses on unveiling the person of Jesus and liberating people with the new covenant realities based entirely on the cross at Calvary. A highly sought-after international conference speaker, Pastor Prince has also impacted many church leaders and ministry servers around the world. His sermons are now broadcast weekly to millions of households across America, Canada, Australia and Uganda.Pastor Prince has experienced, first hand, the amazing grace of God in his own life. That is why he believes the best of people and in what God can do for them, in them and through them, by His grace. His desire is to help this generation of Christians realise how greatly blessed, highly favoured and deeply loved they are by their Father in heaven, so that they may be blessed to be a blessing. 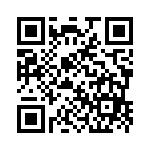