James W. Coleman is the author of Blackness and Modernism: The Literary Career of John Edgar Wideman and Black Male Fiction and the Legacy of Caliban, which was a Choice Outstanding Academic Title. He is a professor of English at the University of North Carolina at Chapel Hill, where he teaches African American and American literature. 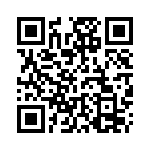