Página 45
That you endeavor , through the grace of God , with all lowliness , meekness , long - suffering , and forbearing one with another in love , to keep the unity of the spirit in the bond of peace entire among yourselves .
Página 364
The introduction of their treaty of peace with the English begins thus : - “ Whereas the several tribes of Eastern Indians - viz . , the Penobscott , Naridgwalk , St. John's , Cape Sables , and other tribes inhabiting within his ...
Página 581
destroyed ) , they were obliged to sue to him for peace . Accordingly , on the 9th of August , 1761 , Tiftoe , and the Slave - catcher , as he was called , with some other head men of the Cherokees , came in with a flag of truce from ... 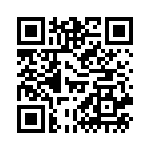