MY NAME IS LEGION

Satire on the relationship between modern morality and the media, focussing on a fictitious tabloid newspaper and its shady proprieter. Wilson draws on his own experiences of the gutter press, even ... Leer comentario completo

A. N. Wilson, a fellow of the Royal Society of Literature, holds a prominent position in the world of literature and journalism. The Victorians was published in 2002 to massive critical acclaim. He lives in North London. 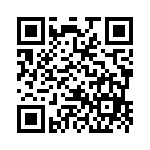