With Giuseppe Prezzolini, Papini was a central figure in the pragmatist movement that brought Italy into the mainstream of European culture before World War I. The record of his labors can be read in the journals Leonardo, Regno, La Voce, and Lacerba. A restless spirit, his shifts from pragmatism to futurism, from agnosticism to Roman Catholicism, from critical severity to enthusiastic encouragement of new writers, mirror the revolutionary current of his time. His most famous writings include lives of Christ, St. Augustine and Dante, but most characteristic is his world-famous autobiographical novel, The Failure (1912), which first endeared him to his generation.

Author Dorothy Canfield Fisher was born in Lawrence, Kansas on February 17, 1879. She received a Ph.D. in romance languages from Columbia University in 1904. She wrote novels, short stories, children's books, educational works, and memoirs. In 1912, she met Maria Montessori in Italy and was so impressed by the educator's theories that she wrote A Montessori Mother, The Montessori Manual, and Mothers and Children. She worked for many environmental, children's and education causes in the 1940s and 1950s. She died in Arlington, Vermont on November 9, 1958. 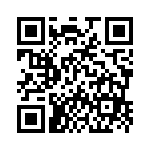