Página 16 - For the time will come when they will not endure sound doctrine ; but after their own lusts shall they heap to themselves teachers, having itching ears ; And they shall turn away their ears from the truth, and shall be turned unto fables.
Aparece en 861 libros desde 1755-2008
Página 192 - Hast thou not known ? hast thou not heard, that the everlasting God, the Lord, the Creator of the ends of the earth, fainteth not, neither is weary ? there is no searching of His understanding. He giveth power to the faint ; and to them that have no might He increaseth strength. Even the youths shall faint and be weary, and the young men shall utterly fall : but they that wait upon the Lord shall renew their strength ; they shall mount up with wings as eagles ; they shall run, and not be weary; and...
Aparece en 968 libros desde 1611-2008
Más
Página 104 - Now the works of the flesh are manifest, which are these ; adultery, fornication, uncleanness, lasciviousness, idolatry, witchcraft, hatred, variance, emulations, wrath, strife, seditions, heresies, envyings, murders, drunkenness, revellings, and such like : of the which I tell you before, as I have also told you in time past, that they which do such things shall not inherit the kingdom of God.
Aparece en 879 libros desde 1755-2008
Página 118 - Christ: in whom ye also trusted, after that ye heard the word of truth, the gospel of your salvation: in whom also after that ye believed, ye were sealed with that holy Spirit of promise, which is the earnest of our inheritance until the redemption of the purchased possession, unto the praise of his glory.
Aparece en 970 libros desde 1660-2008
Página 71 - And when thou prayest, thou shalt not be as the hypocrites are : for they love to pray standing in the synagogues and in the corners of the streets, that they may be seen of men. Verily I say unto you, They have their reward.
Aparece en 870 libros desde 1755-2008
Página 71 - Likewise .the Spirit also helpeth our infirmities. For we know not what we should pray for as we ought; but the Spirit itself maketh intercession for us with groanings which cannot be uttered. And he that searcheth the hearts knoweth what is the mind of the Spirit, because he maketh intercession for the saints according to the will of God.
Aparece en 854 libros desde 1755-2008
Página 80 - Charge them that are rich in this world, that they be not high-minded, nor trust in uncertain riches, but in the living God, who giveth us richly all things to enjoy ; that they do good, that they be rich in good works, ready to distribute, willing to communicate, laying up in store for themselves a good foundation against the time to come, that they may lay hold on eternal life.
Aparece en 909 libros desde 1660-2009
Página 151 - For this cause we also, since the day we heard it, do not cease to pray for you, and to desire that ye might be filled with the knowledge of his will in all wisdom and spiritual understanding; that ye might walk worthy of the Lord unto all pleasing, being fruitful in every good work, and increasing in the knowledge of God...
Aparece en 675 libros desde 1755-2008
Página 211 - Whosoever transgresseth, and abideth not in the doctrine of Christ, hath not God. He that abideth in the doctrine of Christ, he hath both the Father and the Son. If there come any unto you, and bring not this doctrine, receive him not into your house, neither bid him God speed : for he that biddeth him God speed is partaker of his evil deeds.
Aparece en 871 libros desde 1714-2008
Página 39 - Woe unto you, scribes and Pharisees, hypocrites! for ye compass sea and land to make one proselyte, and when he is made, ye make him twofold more the child of hell than yourselves.
Aparece en 846 libros desde 1755-2008
Menos 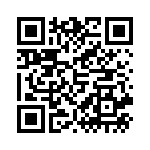