35 40 At the Hawk's Well is a landmark of European drama, a play that anticipates theatrical developments for a century to come. It also emerged from highly specific circumstances, the charged dialogue that took place between Yeats and .

It's a decent book.
Wayyy better than Harry Potter

Lawrence Rainey is Professor of English at the University of York. He is the founding editor of the journal Modernism / Modernity, and his essays and reviews have appeared in the Times Literary Supplement, the London Review of Books and The Independent. He is the author of Ezra Pound and the Monument of Culture (1991), Institutions of Modernism: Literary Elites and Public Culture (1998), and Revisiting 'The Waste Land' (2005). He has also edited The Annotated Waste Land with Eliot's Contemporary Prose (2005). 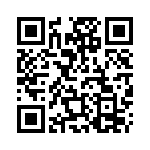