The work of 1979 Nobel Prize winner Elytis (1911-96) has the quality of a cathedral or epic--vast in scope yet richly decorated. This excellent "complete" collected edition (it omits unpublished poems ... Leer comentario completo

Elytis' poetry is pure magic, it makes your soul flood with emotions and memories. The translation, however, is so terrible, that it distorts the meanings of the poems and twists Elytis' word; I'm sure an automatic translator would do a better job than this.

Odysseus Elytis was born Odysseus Alepoudhelis on Crete in 1911. His first collection of poems, Orientations, was published in 1939, and he wrote and published poetry until his death in 1996. Jeffrey Carson lives on Paros where he teaches at the Aegean Center for the Fine Arts. Nikos Sarros also lives on Paros. 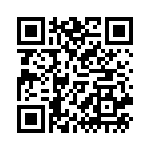