Thomas Sas is professor of psychiatry emeritus at the State University of New York Upstate Medical University in Syracuse, New York and adjunct scholar at the Cato Institute, Washington, DC. He is a big figure in the anti-psychitary movement, a critic of the moral and scientific foundation of psychiatry, and a critic of medicine in society in the social control aspect. His numerous works include The Age of Madness, Ideology and Insanity: Essays on the Psychiatric Dehumaniation of Man, andCoercion as Cure: A Critical History of Psychiatry. 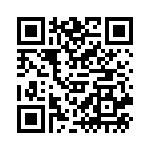