Melvin Konner, M.D., Ph.D., is the Samuel Candler Dobbs Professor of Anthropology and an associate professor of neurology at Emory University. He is the author of Becoming a Doctor and Why the Reckless Survive and Other Secrets of Human Nature. A Fellow of the American Association for the Advancement of Science, he lives in Atlanta, Georgia. 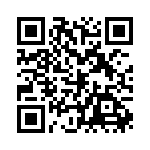