RICHARD A. GABRIEL is an historian and Adjunct Professor of Humanities and Ethics at Daniel Webster College. He is the author of more than 30 books, including From Sumer to Rome: The Military Capabilities of Ancient Armies, Great Battles of Antiquity, and Great Captains of Antiquity (Greenwood Press, 1991, 1994, and 2000 respectively). Dr. Gabriel was a professor at St. Anselm College for more than 20 years before assuming the position of Professor of History and Politics at the US Army War College. He is a frequent lecturer to the academic, governmental, and military establishments of Canada, the United States, Germany, China, and Israel. 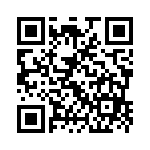