This book has articles by Jehovahs Witness researchers and other scholars who are not for a balanced appraisal of this time period that includes the persecution in East Germany. Leer comentario completo

Jehovah's Witnesses will always be Persecuted until Jehovah puts a stop to it. We have the Truth, and Satan knows it. He wants to prove, no one will serve Jehovah under scrutiny, but We as Jehovah's people, are proving Satan wrong, everyday. We Love Our God Jehovah, and We will stand by Our Father no matter what. Even if Our Lives are taken in Death, we know Jehovah has the Power to give us Our lives back. For He's Awesome and He's powerful, We Love You Jehovah. And as Jehovah's Witnesses We'll be coming to a Area or Door near You real soon!. No one will Stop this Preaching work, no one! For Jehovah has given Us a Command at Matt 28:19-20 Go, therefore and make Disciples of People of All the Nations, baptizing them in the name of the Father the Son and the holy spirit 20 teaching them to observe all the things I have commanded you. And look! "I am with you all the days until the conclusion of the system of things. "And that's just what We're going to do" :-) <3 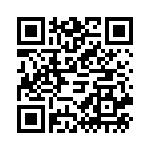