Robert D. Hume is Evan Pugh Professor of English Literature at Penn State University. He is author, co-author, or editor of fourteen books and more than 125 articles, mostly in the realms of drama, theatre, and historical research. His books for OUP include iThe Development of English Drama in the Late Seventeenth Century/i (1976), iHenry Fielding and the London Theatre/i (1988), and iReconstructing Contexts: The Aims and Principles of Archaeo-Historicism/i (1999). The late Harold Love was Professor Emeritus at Monash University. His numerous books and articles range in subject from attribution and textual theory to the history of opera in Australia. His books for OUP include iThe Plays of Thomas Southerne/i (edited with Robert Jordan, 1988), iScribal Publication in Seventeenth-Century England/i (1993), iThe Poems of John Wilmot, Earl of Rochester/i (1999), and iClandestine Satire in England, 1660-1702/i (2004). 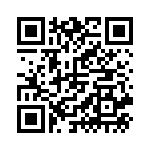