I learned a lot in from this book and it made me want to read more abou that time period. I wonder how I would've stood had I been an adult then? Leer comentario completo

Theology professor Marsh (Reclaiming Dietrich Bonhoeffer: The Promise of His Theology, Oxford Univ., 1994) argues that both the 1960s Civil Rights Movement and its Southern adversaries derived their ... Leer comentario completo

Charles Marsh, Associate Professor of Religious Studies and Director of the Project on Lived Theology at the University of Virginia, was born in Alabama and spent his childhood in Mississippi. He is the author of Reclaiming Dietrich Bonhoeffer: The Promise of His Theology. 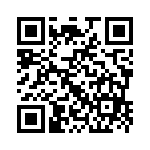