Keith Dixon is an author to keep an eye on. It's like noir written by F. Scott Fitzgerald. While it becomes bleaker than I expected, it's unsettling in all the right ways. You get very wrapped up in ... Leer comentario completo

THE ART OF LOSING

Keith Dixon is an editor for The New York Times. His first novel, Ghostfires, was named one of the five best first novels of 2004 by Poets & Writers magazine. He lives in New York City with his wife, Jessica. 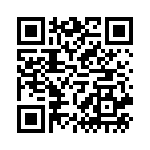