W. C. Vanderwerth, was a professional writer specializing in Indian history. His articlesnbsp;appeared in many well-known periodicals.

William R. Carmack was formerly assistant commissioner for Community Services, Bureau of Indian Affairs, and is presently chairman of the Department of Speech and Assistant Provost in the University of Oklahoma. 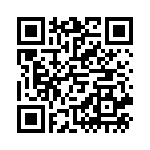