Pįgina 217 - And it came to pass after these things, that Joshua the son of Nun, the servant of the Lord, died, being an hundred and ten years old.
Aparece en 187 libros desde 1802-2008
Pįgina 357 - Sirat. which they say is laid over the midst of hell, and described to be finer than a hair, and sharper than the edge of a sword...
Aparece en 135 libros desde 1805-2006
Mįs
Pįgina 353 - ... that the whole nation resolved to leave their dull residence for the charms of the upper region; men, women, and children ascended by means of the vine; but when about half the nation had reached the surface of the earth, a corpulent woman who was clambering up the vine broke it with her weight, and closed upon herself and the rest of the nation the light of the sun. Those who were left on earth made a village below where we saw the nine villages; and when the Mandans die they expect to return...
Aparece en 62 libros desde 1813-2007
Pįgina 21 - STUDENT'S HISTORY OF ROME. From the EARLIEST TIMES to the ESTABLISHMENT OF THE EMPIRE, With Chapters on the History of Literature and Art. By Dean LIDDELL.
Aparece en 439 libros desde 1829-2007
Pįgina 217 - And they buried him in the border of his inheritance in Timnath-serah, which is in mount Ephraim, on the north side of the hill of Gaash.
Aparece en 158 libros desde 1802-2006
Pįgina 12 - Tabulae Curiales ; or, Tables of the Superior Courts of Westminster Hall. Showing the Judges who sat in them from 1066 to 1864 ; with the Attorney and Solicitor Generals of each reign.
Aparece en 103 libros desde 1823-2006
Pįgina 156 - He steps forth, the splendour of the sky, the wideseeing, the far-aiming, the shining wanderer; surely, enlivened by the sun, do men go to their tasks and do their work.
Aparece en 24 libros desde 1864-2003
Pįgina 298 - It shows us a number of distinct and distant tribes deliberately holding the opinion that the connection between father and child is not only, as we think, a mere relation of parentage, affection, duty, but that their very bodies are joined by a physical bond, so that what is •done to the one acts directly upon the other.
Aparece en 18 libros desde 1867-2007
Pįgina 347 - The boy was a perfect pigmy, and never grew beyond the stature of a small infant ; but the girl increased with her years, so that the labor of providing food and lodging devolved wholly on her. She went out daily to get wood for their lodge-fire, and took her little brother...
Aparece en 26 libros desde 1845-2008
Pįgina 345 - What you see yonder shining so brightly red are her eyes, and her teeth are as sharp and hard as pieces of volcanic glass. Her body is like that of a man, and as for the pupils of her eyes they are jasper.
Aparece en 17 libros desde 1867-2006
Menos

Edward Burnett Tylor, an English anthropologist, was a self-taught Victorian liberal who, in effect, became the founder of British anthropology. He is famous for the first scientific definition of culture---that complex whole which includes knowledge, belief, art, morals, law, custom and any other capabilities and habits acquired by man as a member of society." He developed both the concept of cultural survival and a theory of animism, which he believed to be religion in its minimal, most primitive, and therefore broadest form. From 1883 to 1909, Tylor was connected with Oxford University and its University Museum. 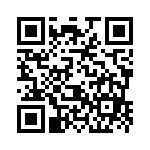