Pßgina
... and every herb of the field before it grew for the LORD God had not caused it to rain upon the earth , and there was not a man to till the ground . mist from the earth , and watered 6 But there went up the whole face of the ground .
Pßgina
21 Â And the LORD God caused a deep sleep to fall upon Adam , and he slept : and he took one of his ribs , and closed the flesh instead thereof ; up 22 And the rib , which the Lord God had 22 And GENESIS . ground, and breathed ...
Pßgina
4 For yet seven days , and I will cause it to rain upon the earth forty days and forty nights ; and every living substance that I have made will I destroy from off the face of the earth . 5 And Noah did according unto all that the Lord ...
Pßgina
... be- cause he was the son of his old age : and he made him a coat of many colours . 4 And when his brethren saw that their father loved him more than all his brethren , they hated him , and could not speak peaceably unto him .
Pßgina
... of the first - born Manasseh : for God , said he , hath made me forget all my toil , and all my father's house . 52 And the name of the second called he Ephraim : for God hath caused me to be fruitful in the land of my affliction .
Siguiente » 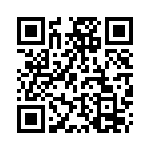