Our sacred honor: words of advice from the Founders in stories, letters, poems, and speeches

From the man who gave us the bestselling Book of Virtues: thoughts from America's founding fathers. Leer comentario completo

William John Bennett (born July 3, 1943) is an American politician and political theorist. He served as United States Secretary of Education from 1985 to 1988. He also held the post of Director of the Office of National Drug Control Policy (or "Drug Czar") under George H. W. Bush. Bennett was born in Brooklyn but later moved to Washington, D.C., where he attended Gonzaga College High School. He graduated from Williams College and went on to get a Ph.D. from the University of Texas at Austin in Political Philosophy. He also has a J.D. from Harvard Law School. 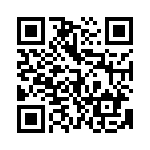