Dani Rodrik is one of the world's top economists, well known for his original and prescient analyses of globalization and economic development. His ideas on improving national and global economic policies-in the fields of trade, industry, finance, and growth-have been highly influential among economists and policy makers alike. His 1997 book Has Globalization Gone Too Far? was called one of the decade's best economics books in Business Week. Rodrik's syndicated monthly columns for the Project Syndicate network are published in scores of newspapers around the world. His blog, “Unconventional thoughts on economic development and globalization” is widely read and frequently cited in newspapers and magazines such as The New York Times and The Economist. In 2007, he was recognized as the first recipient of the prestigious Albert O. Hirschman award of the Social Science Research Council (New York). 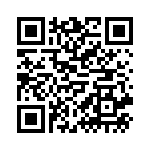