After purchase my many books in the subject, I found this to be wonderfully rich in history and detail, while being also very readable. There are many good pictures from antiquity. This is the full story of the history of the Dionysian Archetype as told through the history of man. There is much talk of the influences of Osiris and many other collective forces expressed not as natter of opinion, but as well researched quotes from historic writings, many ancient, and translated.
This was the difinitive purchase for my studies on the subject Dionysus.

Carl Kerényi was professor of classics and the history of religion in his native Hungary and later became a citizen of Switzerland. He died in 1973 at the age of 76. His works include Eleusis: Archetypal Image of Mother and Daughter and, with C. G. Jung, Essays on a Science of Mythology: The Myth of the Divine Child and the Mysteries of Eleusis. 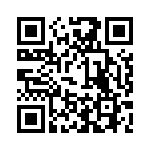