This book is a series of essays on topics which are (or should be) of current (and in some cases continuing) interest to thoughtful Christians of any denomination. Its two authors are ministers with ... Leer comentario completo

My husband and I both read this, and both found it very disturbing. The theme of the book is that Christian conservatives conform to the secular culture, but in fact the authors' version of ... Leer comentario completo

Brian D. McLaren is a prominent, controversial evangelical pastor. He was recognized as one of Time magazine's "25 Most Influential Evangelicals in America" in 2005, and is the founding pastor of Cedar Ridge Community Church in Spencerville, Maryland. Born in 1956, Brian McLaren graduated from the University of Maryland, College Park, with BA and MA degrees in English. After several years of teaching English and consulting in higher education, he left academia in 1986 to become the founding pastor of Cedar Ridge Community Church, a nondenominational church in the Baltimore-Washington region. Many of the books that McLaren has authored, including the "A New Kind of Christian" trilogy, deal with Christianity in the context of the cultural shift towards a new emerging church movement.

Tony Campolo (Ph.D., Temple University) is professor emeritus of sociology at Eastern University in suburban Philadelphia, a media commentator on religious, social, and political matters, and the author of a dozen books, including Revolution and Renewal, Let me Tell You a Story, and 20 Hot Potatoes Christians Are Afraid to touch. 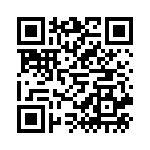