Ernest Thompson Seton was an artist and author. He was born in South Shields, England on August 14, 1860. Seton studied art at the Royal Academy of Painting and Sculpture in London. His 1898 collection of stories, Wild Animals I Have Known, led to the publication of more than forty other books. Seton lectured widely and established a youth group called the Woodcraft Indians that combined his love of the outdoors and his artistic talent. The activities of the Woodcraft Indians directly led to the formation of the Boy Scouts of America, which Seton co-founded in 1910. He was the author of the first Scout Manual. The Canadian Broadcasting Company has produced two film tributes of Seton, Keeper of the Wind in 1974 and Seton's Manitoba in 1984. Seton died on October 23, 1946. 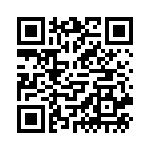