Página 194
This last clause evidently takes in all the colonies , which were not included in the description immediately preceding ; and to make it quite certain , his lordship says , p . 11 , " You have now heard , in brief , the state of our ...
Página 213
Could the people of Britain , who , till of late , have been such strangers to the colonies , when they read the anniversary sermons , describing the colonies in general , as in a state of the most deplorable ignorance ; and observed ...
Página 215
I had not said so much concerning a sermon , preached so long ago , if the same reflections had not been cast on the colonies in the two last Society sermons , which are all we have been able to get a sight of for some years . 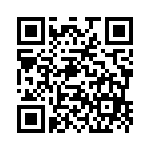