Trilling has exerted a wide influence upon literature and criticism: as university professor at Columbia, where he taught English literature, and in his long association with Partisan Review, Kenyon Review, and the Kenyon School of English (now the School of Letters, Indiana University). He considered himself a true "liberal"---having a "vision of a general enlargement of [individual] freedom and rational direction in human life. Yet even liberalism, Trilling insisted, was simply one of several ways of organizing the complexity of life; however, it can reveal "variousness and possibility" just as literature, its subject, does. Trilling was viewed as a genteel moralist, but never would settle for mere simplification in literary analysis even if it led to understanding. 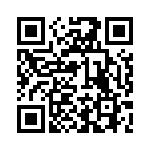