SEIZE THE FIRE: Heroism, Duty, and the Battle of Trafalgar

"Thank God, I have done my duty," quoth Lord Nelson moments before expiring in 1805 at the Battle of Trafalgar. In this vivid study, Nicolson (God's Secretaries, 2003) examines the weight of those ... Leer comentario completo

Adam Nicols on is the author of Seamanship, God's Secretaries, and Seize the Fire. He has won both the Somerset Maugham and William Heinemann awards, and he lives with his family at Sissinghurst Castle in England. 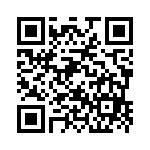