A standard text for the study of drama. Leer comentario completo

Cleanth Brooks was born in Murray, Kentucky on October 16, 1906. He was educated at Vanderbilt, Tulane, and Oxford universities. From 1932 to 1947, he taught English at Louisiana State University and then moved on to Yale University. At Yale, he helped to articulate the principles of New Criticism, which dominated literary studies in the 1940s and 1950s. He coedited the journal Southern Review with Robert Penn Warren. He also wrote several titles in collaboration with Warren, including Understanding Poetry and Understanding Fiction. A third work Understanding Drama was written in collaboration with Robert Heilman. His other works included The Well Wrought Urn: Studies in the Structure of Poetry and Modern Poetry and the Tradition. He died on May 10, 1994. 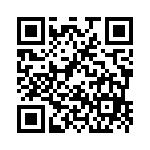