As Brookhiser wrote, Americans need to break the stereotype of the WASP as uptight, bland, and elitist and to reinforce the classic WASP ideals of industry, public service, family duty, and conscience to revitalize the nation's faltering moral leadership. Rather thanKaufmman's focus on "ethnicity," the newest darling of the Left I would look to an emphasis on the Critical Theory out of the Frankfurt School and its infiltration into the Intellectual Left and Academia, with its defining tantrums during the sixties,to understand this change.

Eric P. Kaufmann is Professor of Politics at Birkbeck, University of London.

Eric P. Kaufmann is Professor of Politics at Birkbeck, University of London. 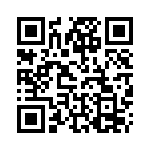