├oest├╝n Bilgen-Reinart was born in Ankara, Turkey, came to Canada as a teenager, and recently returned to her native land. As a television journalist at the CBC, she covered aboriginal and social issues. Her first book, Night Spirits, was published in 1997. Currently she teaches at the Middle East Technical University in Ankara. 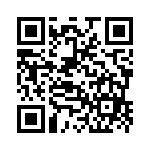