Henry Vollam Morton was born in 1892 near Manchester, England. He became an international celebrity by scooping the world's press in the sensational discovery of Tutankhamen's tomb in the early 1920s. His newfound fame subsequently led to a series of extraordinarily popular vignettes on English city and country life, which went on to sell millions of copies worldwide. He died in South Africa in 1979 at the age of eighty-six. 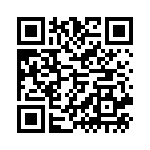