Before descending into social science double-talk about the tension between theory and contingency, Centeno provides a useful typology of why there have been relatively few interstate wars in Latin ... Leer comentario completo

Miguel Angel Centeno is Professor of Sociology at Princeton University. His Democracy Within Reason (Penn State, 1994; revised edition, 1997) was named an "Outstanding Academic Book" by Choice. 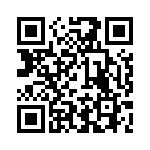