Benjamin G. Bistline, the sixth of ten children, was born in Logan, Utah, on April 21, 1935, the son of John Anthony Bistline and Jennie Johnson Bistline. His parents were active members of the Mormon Church but became involved with polygamist families in Millville, Utah, and were excommunicated by LDS Church in 1937. The family moved to Short Creek, Arizona, in 1945 to join a united order movement, also known as The United Effort Plan. His father soon became discouraged by John Barlow's ineptness in governing his Order, and by 1948 he had repented of his decision to join with Barlows' group at Short Creek. He then decided to rejoin the Mormon Church, but his wife refused to leave, taking a firm stand. Bens father died in April of 1949, before rejoining the LDS Church because of their policy of a one year repentance probation period after being excommunicated. Bens mother had always wanted to live polygamy and this gave her the opportunity to do so. She married Richard Jessop as his fifth wife and they moved into his large household of four wives and about thirty children. Ben lived in this polygamous household for the next three years until the raid on Short Creek in 1953. While living with his stepfather, he became romantically involved with one of the daughters, but the Raid interrupted the courtship. Ben was eighteen and Annie was fifteen. All minor children in the community were declared wards of the state of Arizona, and were transported with their mothers to Phoenix, Arizona, in 1953. They were released and allowed to return to Short Creek in 1955 Annie and Ben were married June 24, 1955, and remained in the society where they parented and raised sixteen children. He was never allowed to marry any other wives, after being deemed unworthy of the privilege by polygamist leaders because of his rebelliousness. His refused to take what he was told at face value, he refused to join one of the leadership cliques, and he refused to live in blind obedience Thus he was never a polygamist. He and his wife would have accepted plural marriage. In the early 1980s Ben became discouraged with the polygamists due to their changes in religious doctrine. He now lives on his own property in an area called Cane Beds, about two miles south of Colorado City. He and his wife are still very much involved with the polygamists due to extended family relationships. 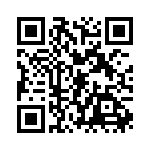