Emmanuel Levinas was born in Kovno, Lithuania, to an Orthodox Jewish family. Hebrew was the first language that he learned to read; he also acquired a love of the Russian classics, particularly works by Pushkin and Tolstoy which first stirred his philosophical interests. Levinas studied in Strasbourg, Freiburg, and Paris, developing a particular interest in the philosophers Henri Bergson, Edmund Husserl, and Martin Heidegger. He became a French citizen and eventually a prisoner during World War II, at which time his entire family was exterminated. After the war, Levinas taught at Poitiers, Nanterre, and eventually became professor of philosophy at the Sorbonne in 1973. He has also been deeply involved in the problems of Western Jews, including active membership in the Alliance Israelite Universelle, an organization established in 1860 to promote Jewish emancipation. The experience of the ravages of totalitarianism during World War II convinced Levinas that only a rediscovery of the specificity of Judaism could deliver the modern world from itself. Levinas's central concern is with "the other"---not the self or the cosmos, but the faces of other persons who make a claim on us and provide traces of the working of an infinite other. Totality and Infinity (1961) is a central but very difficult text. In it Levinas argues that Western philosophy has been captured by a notion of totality from which nothing is distant, exterior, or other and that, thus, when persons who are different confront such totalistic ways of living and thinking, they go to war. Moving beyond totality and war requires a notion of transcendence or infinity, which can bring peace. In fact, religion is, according to Levinas, "the bond that is established between the same and the other without constituting a totality." Levinas maintains that "the existence of God is not a question of an individual soul's uttering logical syllogisms. It cannot be proved. The existence of God . . . is sacred history itself, the sacredness of man's relation to man through which God may pass. God's existence is the story of his revelation in biblical history." Levinas has said that the most common objection to his thought is that it is utopian, for people are always asking, "Where did you ever see the ethical relation [with the other] practiced?" But Levinas is convinced that, although concern for the other is "always other than the "ways of the world,"' there are "many examples of it in the world." This is the reason that his writings on Judaism, such as Difficult Freedom (1963) and Nine Talmudic Essays (1968), are at least as important as his philosophical texts. 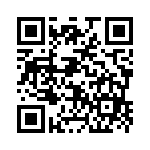