Wendy B. Faris is professor of English and comparative literature at the University of Texas at Arlington. She is the author of Carlos Fuentes and Labyrinths of Language: Symbolic Landscape and Narrative Design in Modern Fiction , as well as co-editor of Magical Realism: Theory, History, Community . 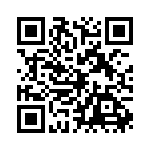