Página 28 - Holy Scripture and ancient authors, that from the Apostles' time there have been these Orders of Ministers in Christ's Church ; Bishops, Priests, and Deacons.
Aparece en 520 libros desde 1806-2008

Paul E. Engle, series editor for Counterpoints Church Life, is an ordained minister who served for twenty-two years in pastoral ministry in Pennsylvania, Connecticut, Illinois, and Michigan. He is an adjunct teacher in several seminaries in this country and internationally. He serves as associate publisher and executive editor in the Church, Academic, and Ministry Resources team at Zondervan. He and his wife Margie, live in Grand Rapids, Michigan.

Steven B. Cowan (M.Div.; Ph.D.) is associate professor of Philosophy and Apologetics at Southeastern Bible College in Birmingham, AL. 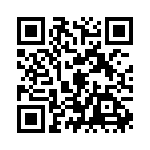