Página 128 - Now a certain man was sick, named Lazarus, of Bethany, the town of Mary and her sister Martha. 2 (It was that Mary which anointed the LORD with ointment, and wiped his feet with her hair, whose brother Lazarus was sick.) 3 Therefore his sisters sent unto him, saying, Lord, behold, he whom thou lovest is sick.
Aparece en 653 libros desde 1755-2008
Página 149 - And, behold, the veil of the temple was rent in twain, from the top to the bottom ; and the earth did quake, and the rocks rent...
Aparece en 1557 libros desde 1688-2008
Más
Página 171 - And, as he journeyed, he came near Damascus, and suddenly there shined round about him a light from heaven. And he fell to the earth, and heard a voice saying unto him, Saul, Saul, why persecutest thou me?
Aparece en 1224 libros desde 1660-2008
Página 74 - Come, you blessed of My Father, inherit the kingdom prepared for you from the foundation of the world: for I was hungry and you gave Me food; I was thirsty and you gave Me drink; I was a stranger and you took Me in; I was naked and you clothed Me; I was sick and you visited Me; I was in prison and you came to Me.
Aparece en 913 libros desde 1808-2008
Página 211 - And I turned to see the voice that spake with me. And being turned, I saw seven golden candlesticks; and in the midst of the seven candlesticks one like unto the Son of man, clothed with a garment down to the foot, and girt about the paps with a golden girdle.
Aparece en 1172 libros desde 1644-2008
Menos

Tom Harpur, columnist for the Toronto Star, former Anglican priest and professor of Greek and The New Testament at the University of Toronto, is a prominent writer on religious and ethical issues. He is the author of seven bestselling books, including For Christ's Sake and Would You Believe? He has hosted numerous radio and television programs, including Life After Death, a ten-part series based on his best selling book of the same name, and a six-part television series based on his bestseller The Uncommon Touch: An Investigation of Spiritual Healing. 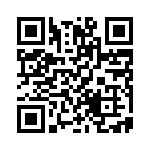