What I have read so far is a great explanation of the Qu'ran and why it is a deception compared to the Bible. I found the origin of the Qu'ran quite absurd in the true historical context. For what kind of book is written on bones and camel's backs then recited..This gives me the truth about the Qu'ran and it's total falsehood..Excellent book. Bar none.

Página 9 - And it shall come to pass, that whosoever will not hearken unto my words which he shall speak in my name, I will require it of him. 20 But the prophet, which shall presume to speaK a word in my name, which I have not commanded him to speak, or that shall speak in the name of other gods, even that prophet shall die.
Aparece en 579 libros desde 1344-2008 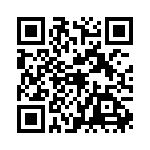