James Taylor
Prior to co-founding Smart (Enough) Systems, James Taylor was a Vice President at Fair Isaac Corporation where he developed and refined the concept of enterprise decision management or EDM. Widely credited with the invention of the term and the best known proponent of the approach, Mr Taylor helped create the emerging EDM market and is a passionate advocate of decision management. Mr. Taylor has 20 years experience in all aspects of the design, development, marketing and use of advanced technology including CASE tools, project planning and methodology tools as well as platform development in PeopleSoft's R&D team and consulting with Ernst and Young. He has consistently worked to develop approaches, tools and platforms that others can use to build more effective information systems. He is an experienced speaker and author, with his columns and articles appearing regularly in industry magazines.
Neil Raden
Prior to co-founding Smart (Enough) Systems, Neil Raden was the founder of Hired Brains, a research and advisory firm in Santa Barbara, CA, offering research and analysis services to technology providers and venture capitalists as well as providing consulting and implementation services in Business Intelligence and Analytics throughout North America and Europe. Hired Brains, and its predecessor company, Archer Decision Sciences, have been in business for over 20 years, providing services to many of the Global 2000 companies. Mr. Raden began his career as a casualty actuary with AIG in New York before moving into software engineering, consulting and industry analysis, with experience in the application of analytics to business processes from fields as diverse ashealth care to nuclear waste management to cosmetics marketing and many others in between. The recurrent theme in his work is the need for analytics that can be deployed and used by a wide segment of the population. He is a practicing consultant, industry analyst, speaker and author. His articles appear in industry magazines and he is the author of dozens of sponsored white papers for vendors and other organizations. 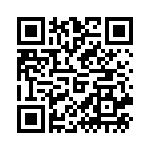