Douglas E. Cowan is Associate Professor of Religious Studies and Social Development Studies at Renison University College, the University of Waterloo. He is the author of Cyberhenge: Modern Pagans on the Internet (2005), The Remnant Spirit: Conservative Reform in Mainline Protestantism (2003), and Bearing False Witness? An Introduction to the Christian Countercult (2003). He has also edited Religion Online: Finding Faith on the Internet (with Lorne L. Dawson, 2004) and Religion on the Internet: Research Prospects and Promises (with Jeffrey K. Hadden, 2000). He is one of the co-general editors of Nova Religio: The Journal of Alternative and Emergent Religions.


David G. Bromley is Professor of Religious Studies in the School of World Studies and an Affiliate Professor in the Sociology Program in the Wilder School of Government and Public Affairs at Virginia Commonwealth University. His most recent books are Defining Religion: Critical Approaches to Drawing Boundaries Between Sacred and Secular (2003), Cults, Religion and Violence (2001), Toward Reflexive Ethnography: Participating, Observing, Narrating (2001), and The Politics of Religious Apostasy (1998). 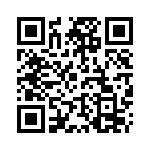