This is my first Sci Fi novel. Although it's not my choice genre, I found Mike's book very fascinating and absorbing. Oh, I got lost in the algorithms, but the plot is well designed so that you can ... Leer comentario completo

A “Holy Jihad” is declared, putting the West on notice that the Middle East will bring the United States, “The Great Satan,” to its knees. They attempt to launch a devastating attack against several metropolitan areas, but this time our military is prepared! Retaliating with a brief but massive strike against “The Iron Triangle” - nations known to house terrorists including Syria, Iran, and even Saudi Arabia – with the infrastructures of these countries destroyed. Only then does the President stay the hand of the military demanding the delivery of all terrorists directly involved to be delivered to the closest U.S. embassy, or there will be no leniency. With the deadline not being met, a bloody campaign known as “Iron Fist” begins: town by town, mountain by mountain, cave by cave, the military moves throughout the Middle East destroying everything smacking of terrorism without mercy until, in the year 2015, there is an unconditional surrender of all Middle Eastern forces.
Readers of Mike Purington’s “The Oxbow Report” will applaud these actions, and those that follow. In this first in a planned series of Science Fiction/Mysteries, Purington next describes a horrifying reprisal when, in the year 2021, a still breathing group of terrorists manage to put one of their member in the crew of a shuttle being launched to a space station of the future. Only an alert monitoring system prevents the traitor from destroying the space station, but not from sacrificing himself and seven astronauts aboard the shuttle. A swift strike against the Al-Queda cell which directed the destruction levels not only their hidden cave, but also most of the mountain in which it lay.
Now moving forward to 2041 - Purington’s tale takes a whole new tangent. Suppose that destroyed cave was in the area of a former Eden dating back to about 4000 B.C.; then suppose satellite photos of the destruction accidentally reveal man-made walls buried deep within the destroyed mountain itself. Now watch as the characters in “The Oxbow Report” unearth a mysterious city, then struggle with the perception of alternate realities and a parallel universe - is it an ancient man-made structure, or an alien city put there before time itself? Purington offers a theological stew with characters themselves filling the pot with their diverse viewpoints - both Biblical and Scientific. The controversy of Creationism vs. Big Bang is called into play using strong protagonists – Paul LaBaugh, a backwoods preacher helping his scientist genius son, Dr. Ozan LaBaugh, figure out his own conclusions; Colonel Jonathon Edwards, a former delinquent who earned a million dollar education to become a pilot/astronaut by showing his potential to a judge planning to sentence him to jail, and Jason, an Alien Messenger, an ethereal life form from another dimension, who can exist in the future and the past.
Reading Book One of “The Oxbow Report” will make you agree this series features characters that could “change history and the destiny of man.” Any lover of Science Fiction should enjoy this “story of love, of mystery, of age-old evil…with a real life message woven of redemption and hope.”

Mike Purington, his wife Annette, and their daughter Mary Elizabeth reside in Beaumont, Texas. When not involved with work or church he enjoys fishing the East Texas Lakes. 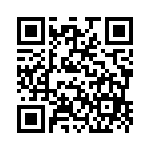