William Law (1686-1761), English cleric and theological writer, was born at Kings Cliffe, Northamptonshire. The first of Law's controversial works was "Three Letters to the Bishop of Bangor" (1717), which were considered by friend and foe alike as one of the most powerful contributions to the Bangorian controversy on the high church side. Law's next controversial work was Remarks on Mandeville's Fable of the Bees (1723), in which he vindicates morality on the highest grounds; for pure style, caustic wit and lucid argument this work is remarkable; it was enthusiastically praised by John Sterling, and republished by F. D. Maurice. Law's Case of Reason (1732), in answer to Tindal's Christianity as old as the Creation is to a great extent an anticipation of Bishop Butler's famous argument in the Analogy. In this work Law shows himself at least the equal of the ablest champion of Deism. His Letters to a Lady inclined to enter the Church of Rome are excellent specimens of the attitude of a high Anglican towards Romanism. His controversial writings have not received due recognition, partly because they were opposed to the drift of his times, partly because of his success in other fields. 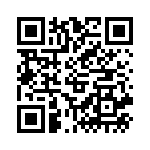