Joseph Prince was born on May 15, 1963 in Singapore. He is the senior pastor of New Creation Church in Singapore, one of Asia's biggest churches. He was one of the church's founders in 1983. Prince has been invited to preach at churches in Australia, Canada, Great Britain, Indonesia, the Netherlands, Norway, South Africa and the United States. Notably, he was invited to preach at the Grace & Favour Seminar at Hillsong Church Sydney, and Hillsong London in 2006. In 2009, he was invited to speak, alongside Joel Osteen from Lakewood Church, at the 2 Days of Hope Conference held in Johannesburg, South Africa. Prince's TV program Destined to Reign is broadcast in more than 150 countries.His broadcast program is also streamed online through Internet and podcasts for viewers. Prince publishes books, CDs and DVDs. In 2007, his book Destined to Reign: The Secret to Effortless Success, Wholeness and Victorious Living, which contains teachings from his ten years of preaching from 1997 to 2007, was published in Singapore and the US. Six months after the book's US release, it was listed as one of Christian Retailing's Top 100 Books. Prince was featured in the cover story of the June 2010 issue of Charisma magazine, which covered his preaching and teaching ministry. On October 29, 2011, Prince ministered in the US for the first time at Lakewood Church, America's largest church, in Houston, Texas. In his 1st United States Tour, The Power of Right Believing, he spoke in 4 cities all across the USA. It started in the Prudential Center in Newark, NJ and made 3 additional stops in Long Beach, CA, Houston, TX and the last stop on this tour was the Verizon Theatre in Grand Prairie, TX. Joseph Prince's written work The Power of Right Believing:7 Keys to Freedom from Fear, Guilt, and Addiction made The New York Times Best Seller List in 2013. 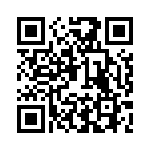