Página v - I passed by you again and looked upon you, behold, you were at the age for love; and I spread my skirt over you, and covered your nakedness: yea, I plighted my troth to you and entered into a covenant with you, says the Lord God, and you became mine.
Aparece en 24 libros desde 1952-2007

Reginald N. Shires, a clergyman, was born in Bangalore, the capital of Karnataka state in South India. He studied at Clarence High School in Bangalore and went to Spicer College near Pune. He completed his graduate studies in journalism at Pennsylvania State University in the U.S.A. He also studied theology at the seminary at Andrews University, Berrien Springs, Michigan. He is the author of The Leopard''s Call: An Anglo-Indian Love Story, a non-fiction book of family life at Falakata, a small town on the grasslands of Jalpaiguri District, West Bengal, India. His fiction, "The Day Ernie-Boy Retired," a story of one day in the life of a working man in Bangalore, appears in Voices on the Verandah. He now lives with his wife Norma D''Sena Shires in Maryland in the U.S.A., just a few miles from Washington, D.C., the nation''s capital. At the Age for Love--A novel of Bangalore during World War II is his first novel. 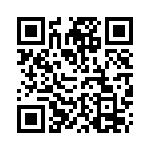