Raised by Christian parents, Jim turned his back on Christianity as a teen. Believing that the only “faith” needed was faith in his own abilities; he steadily lost ground with setback after setback.

By 2002, Jim had a record of one divorce, numerous failed relationships, nine years as single father, and one dead end job after another.

With fifteen years in undercover investigations, Jim was burned out emotionally. After years of looking for bad in everyone, he could see no good in anyone, himself included.

The only direction left to turn, was God. That was a process that continues yet today. Through these poems God receives the glory; Jim receives the true meaning of love and grace. 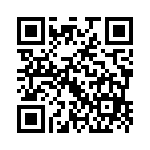