The Reverend Dr. John Thomas Wylie is one who has dedicated his life to God's service, the service of others, and being a powerful witness for Our Lord Jesus Christ. He diligently proclaims the Gospel of Our Lord Jesus Christ. Dr. Wylie was called into the Gospel Ministry June 1979, and in that same year he entered the American Baptist College of the American Baptist Theological Seminary in Nashville, Tennessee.

As a seminarian, he read every book available to him that would help to better understand who God is as well as God's plan of salvation and the Christian faith. He made a commitment as a promising student that he would inspire others as God inspires him. He understood early in ministry that we live in times where people question not only who God is, but also if miracles are real.

Reverend Wylie carried out his commitment to God (which is one of excellence), earning his Bachelor of Arts in Bible and Theology/Pastoral Studies. Faithful and obedient to God's call, he continued to matriculate in his studies, earning his Masters of Ministry from Emmanuel Bible College in Rossville, Georgia. Still with great inspiration, he earned his Doctorate of Theology at the Holy Trinity College and Seminary in St. Petersburg, Florida.

Dr. Wylie has served in various capacities of pastor at two congregations in middle and southern Tennessee, an Evangelist Preacher, Teacher, Chaplain, Christian Education Teacher and Leader, and finally an author and writer of many great inspirational Christian publications such as his first publication entitled: Only One God: Who Is He? (Published August 2002 via 1st Books Library, Bloomington, Indiana); which also caught the attention of The Atlanta Journal Constitution Newspaper's News Column. The Atlanta Journal Constitution wrote a two column article on Dr. Wylie's first book which received a strong initial response. 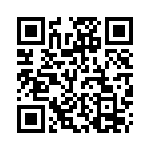