Carl Ballstadt is a member of the Department of English at McMaster University.

Susanna Moodie, born in Suffolk, England, was the youngest of five daughters, four of whom became writers of fiction and poetry. (Moodie's elder sister, Catharine Parr Traill, a lesser-known British colonial author, wrote The Backwoods of Canada). Before immigrating to Canada, in 1832, Moodie penned numerous poems and stories, all heavily didactic and decidedly second-rate. However, once she had settled in Upper Canada (now Ontario) with her husband, John Dunbar Moodie, the harsh life of the settler provoked a more realistic literary response. Her autobiographical Roughing It in the Bush, published in 1852, is a series of sketches stitched into a larger narrative. It is a book expressing the hopes and defeat, the pride and the anger the early settlers felt toward their new home, the Canadian bush. A sequel, Life in the Clearings versus the Bush, appeared in 1853. Throughout her life Susanna Moodie's literary output continued to be prolific. Yet it is the frank and colorful quality of Roughing It that has placed her in the forefront of early Canadian writers.

Elizabeth Hopkins is a member of the English Department at Glendon College, York University. 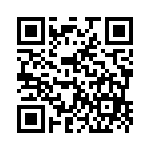