Born in the UK in 1930. Best known as a playwright with his most famous play being Serjeant Musgrave's Dance. He was shortlisted for the Booker Prize with his novel Silence Among the Weapons, in 1982. 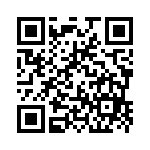