Review: The Sovereignty of God - eBook

In his book The Sovereignty of God, AW Pink explains that God is the first cause of all that exists and that all things are under His rule and control. Nothing happens outside of Gods direction or His ... Leer comentario completo

Review: The Sovereignty of God - eBook

This book has been a great blessing to me, so biblical I just love it and I am thankful that I am able to know the truth of God's absolute sovereignty thought not fully understand it. I would ... Leer comentario completo

Arthur Walkington Pink (1886-1952) was an evangelist and biblical scholar known for Calvinist and Puritan teachings. Born in England, Pink became a Christian in his early 20's and immigrated to the United States to study at Moody Bible Institute. After marrying in 1916 he went on to pastor churches in Australia and England before returning to the U. S. to pastor churches in Colorado, California, Kentucky, and South Carolina. Pink returned to England in 1934, turning his Christian service to writing books and pamphlets. After Pink's death, his works were republished by the Banner of Truth Trust and reached a much wider audience as a result, making him one of the most influential evangelical authors in the second half of the twentieth century. His writing sparked a revival of expository preaching and focused readers' hearts on biblical living. His works include numerous Bible studies and books such as The Attributes of God, The Doctrine of Justification, The Patience of God, and The Total Depravity of Man. 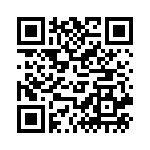