This 2003 anthology of essays discusses topics related to missions and colonial interests, which examble cited in Bible translations in Africa from Swahili into the Kikuyu language in Kenya. 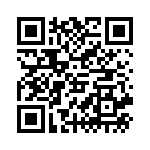